I told you the storm was coming.

I’d offer you my umbrella, but I don’t have one. Don’t want one. I prefer to soak in all of this amazing news as it happens.

Nikki Finke and Mike Fleming have dropped another HUGE scoop: 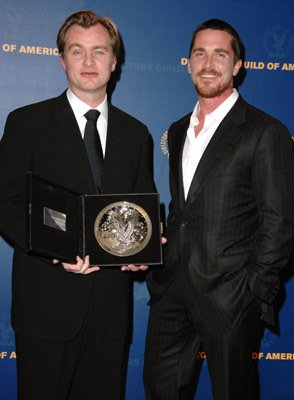 This news is HUGE! I said that already. It wasn’t enough.

Do you think it’s too good to be true? How about some expert follow-up and confirmation from our good friend Bill “Jett” Ramey:

Batman on Film: This Looks Like a Job for … CHRIS NOLAN!

I’m so excited I can barely type.

What all of this basically means is that Nolan will be stepping in to help develop a new Superman movie while he works on this third Batman (and, of course, finishes up Inception, which we talked about in the previous article).

That doesn’t mean that Nolan will direct or even write the new Superman. He’ll just be there to help shepherd it along. And, as Nikke Finke says at the end of her article, “A more comic-accurate Superman seems like the way to go. No need to worry: Chris Nolan knows what he’s doing.”

I liked Tim Burton’s Batman movies, but I don’t like them as Batman movies. Instead, I enjoy them as grim, loopy Tim Burton fairy tales featuring Michael Keaton as that world’s version of Batman. The two Joel Schumacher movies are exactly what they are; I don’t hate them, but it’s not my Batman.

My Batman isn’t a revenge-driven lunatic. My Batman might scare the living hell out of a criminal, but he’s not cruel. My Batman is a HERO. My Batman doesn’t just care about turning fear back upon the bad guys. My Batman puts greater value on inspiring the innocent. And that’s why I love the Christopher Nolan interpretation of the character, who comes alive via the incredible talents of Christian Bale. They found a way to make Batman a hero again. They found a way to get to the heart of Bruce Wayne without compromising the power of Batman. I wrote a big essay about this a couple of years ago; you can read it right here.

(Sorry about the broken picture links; I’m still moving things around on the new site and still trying to fix the guts.)

And quite frankly, Superman needs some serious saving. Although I’ve defended and applauded Brandon Routh from day one, Bryan Singer’s Superman Returns isn’t just the worst Superman movie I’ve ever seen. It’s one of the worst movies I’ve ever seen of any kind. Period. My original review is here, and it doesn’t even begin to do justice to how much I dislike the movie. Superman isn’t a hero. He’s a selfish, short-sighted, sad husk of a man who mopes around and can’t be bothered with little things like accountability or responsibility. And that’s not Brandon Routh’s fault. He didn’t write the story. He didn’t direct it. He did the best he could with what he had to work with. It just wasn’t enough.

I really hope the new Superman movie jumps right into the heat — and heart — of things. Remember how Grant Morrison and Frank Quitely did the entire origin on one page in their epic comic series All Star Superman before launching right into the story? “Doomed planet. Desperate scientists. Last hope. Kindly couple.” That’s all you need to know, and we all already know it! You can do that in the new movie’s opening credits and move right along from there.

I’d love to see the movie begin with Superman already established, and Clark and Lois already married. If I want to see a young Superman learning about his powers, I’ll watch Smallville. If I want to see a young Clark Kent struggling with romantic angst, I’ll watch Smallville. Don’t waste precious time on things we already know. “Go Forward,” in the words of the Christopher Reeve Foundation, and knock us out with lots of action, lots of charm, and lots of heart.

Personally, I think there’s only actor out there right now who could really play Superman, and that’s Mad Men‘s Jon Hamm. 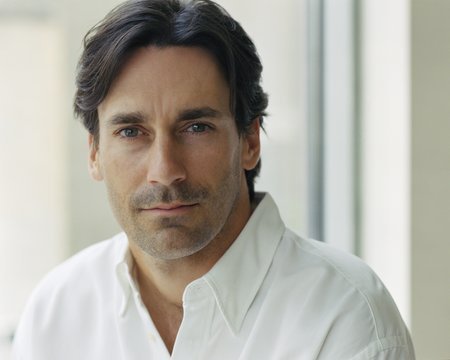 He could definitely play a man’s man Superman. He’s dramatic and manly on Mad Men, but his guest appearances on 30 Rock and Saturday Night Live proved him to be a very funny and charming performer. He’d have the charisma to be what I truly believe could be the best Superman yet.

That’s why I’m glad Nolan is going to be mentoring this new Superman movie. He understands heart, and he understands courage. This is amazing news. And I’ll certainly be staying on top of it as it develops. Superman and Batman are the world’s first-and-still-finest heroes, and they need to continue to be presented as such. What a day. What a day.

(And in the meantime, Warner Bros., please contact me. My writing partner Kevin Rice and I already have one movie in the oven, and we know how to make a Superman movie that will remind kids of all ages why Superman is THE greatest hero of them all. We don’t cost much, and we’ll do everything Christopher Nolan says. We promise.)