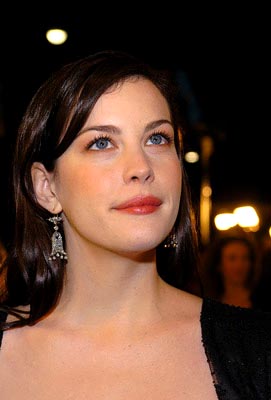 Remember that scene in The Fellowship of the Ring, when Frodo first sees Arwen stepping like an angel out of a shimmering veil of white, otherworldly light?

That wasn’t special effects. That’s what naturally happens when you see Liv Tyler.

And remember when I recently told you that Ed Norton — WHAMMY! — is going to play Dr. Banner in Transporter director Louis Letterier’s rockin’ Hulk do-over, The Incredible Hulk, which films in Toronto this summer for a summer 2008 release?

Well, I’m glad to say that happy days are here again after last night’s soul-shattering Spider-Man 3 experience, because I just read in The Hollywood Reporter that Liv Tyler has joined the cast as Banner’s star-crossed love interest, Betty Ross.

While this movie won’t go out of its way to contradict Ang Lee’s heavy-handed 2003 crap-fest, it’s going to treat itself like it’s the first Hulk movie ever made. According to the Hollywood Reporter article, this one “will unfold with Ross estranged from Banner (Norton), but with the pursuit of the Hulk heating up and Banner on the run trying to cure his condition, Ross finds herself swept back into his life.”

Marvel Comics promises that this film will go back to the roots of the original comics and the man-on-the-run Bill Bixby/Lou Ferrigno TV series, with plenty of huge, movie-sized action. 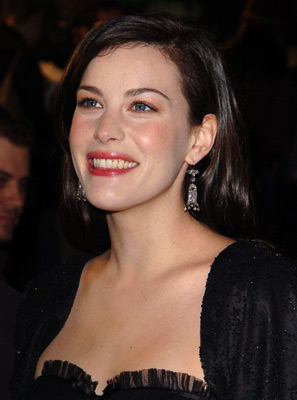 Ed Norton can do no wrong, and I’ve always had a big crush on Liv Tyler. (What? I have an impossible celebrity crush on a beautiful, dark-haired, blue-eyed actress? What what what? What what?) Between this and Iron Man, which I wrote about yesterday, 2008 is going to be an awesome summer for Marvel movies.

(And then there’s that DC movie, about that one guy who wears a black cape and borrows bad-ass gadgets from Morgan Freeman.)

If you’d like, you can read these interviews I did with Eric Allan Kramer (Thor), Rex Smith (Daredevil), Elizabeth Gracen and Lou Ferrigno himself about the last three Hulk TV movies that happened before we lost the late, great Mr. Bixby to cancer in 1993.

Hold on to your Mountain Dew and your nachos, because The Incredible Hulk will use the theater near you to swat away helicopters on June 13, 2008!