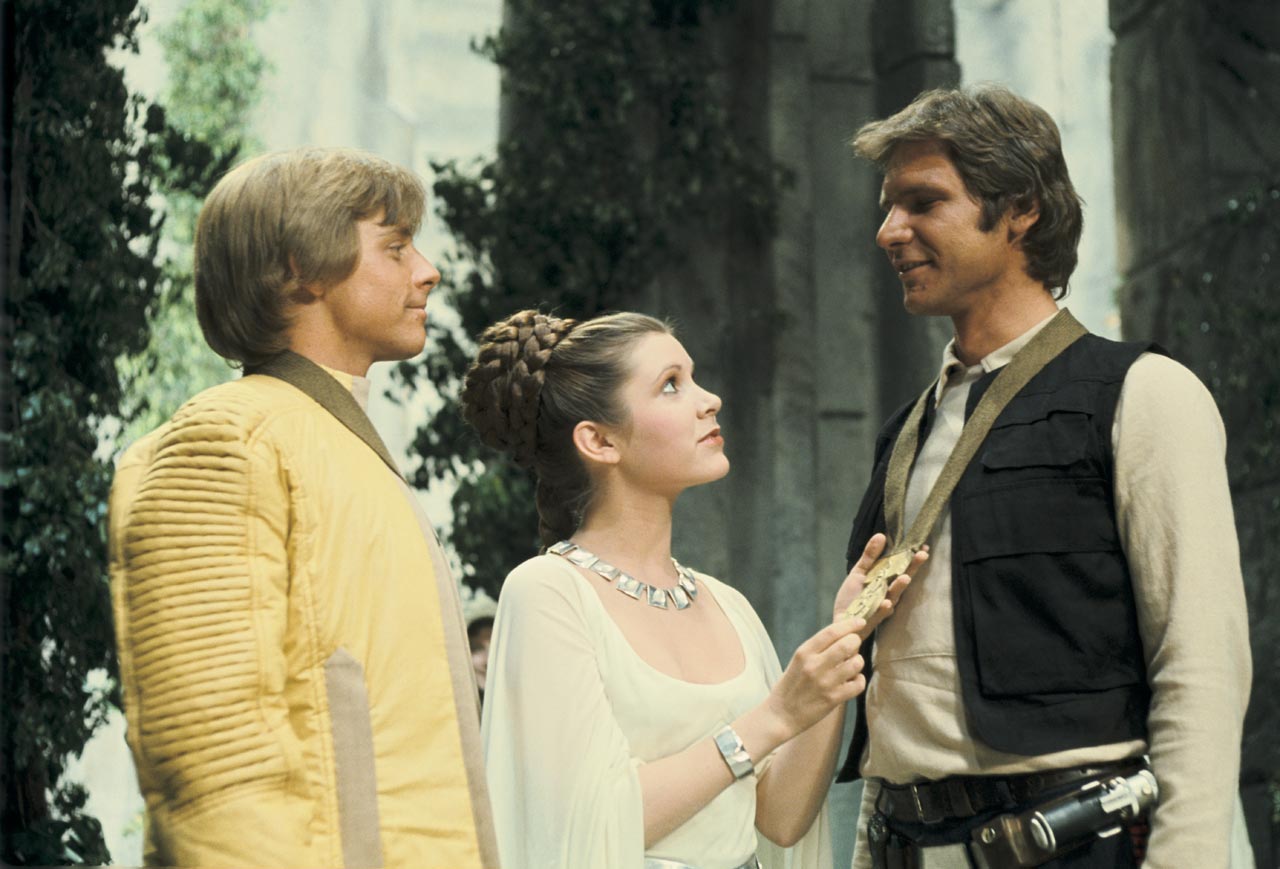 I know I never write anything here anymore, and that makes me sad. But I’m busy with good things that make me happy: Modern Myth Media podcasts, comic book reviews for Batman on Film, a weekly segment on Peace Fund Radio with Adrian Paul and Ethan Dettenmaier, and another writing thing I can’t talk about yet.

But there’s always time for STAR WARS, even though I haven’t written a word yet about the monumental announcement that Disney bought it from George Lucas and plans to make Episodes Seven, Eight, and Nine, plus some other new STAR WARS films on the side.

Big news arrived today via Harrison Ford, and you can read more about it at Forbes in an in-depth report by my buddy Mark Hughes (because in-depth is the only way Mark knows how to roll, and I admire him greatly for it).

Mr. Ford is asked by WGN, “Is the old gang getting back together for sure for STAR WARS? There’s so much written about this that nobody seems to know what’s true and not.”

He stifles a grin, considers his options, and proceeds with caution:

“I think it’s almost true. I’m looking forward to it. Not in the bag yet, but I think it’s happening.”

I need more Han Solo in my life. Mark Hamill and Carrie Fisher are also expected to return as Luke and Leia; Hamill gave a really wonderful interview about it to ET Online in which he hoped aloud as I do that they’ll keep it “retro,” while Fisher’s reps recently dove into spin control after she said she’d be back ahead of an official announcement.

And then, of course, there’s Lucas himself, who basically confirmed it anyway to Business Week:

Asked whether members of the original Star Wars cast will appear in EPISODE VII and if he called them before the deal closed to keep them informed, Lucas says, “We had already signed Mark and Carrie and Harrison — or we were pretty much in final stages of negotiation. So I called them to say, ‘Look, this is what’s going on.'” He pauses. “Maybe I’m not supposed to say that. I think they want to announce that with some big whoop-de-do, but we were negotiating with them.” Then he adds: “I won’t say whether the negotiations were successful or not.”