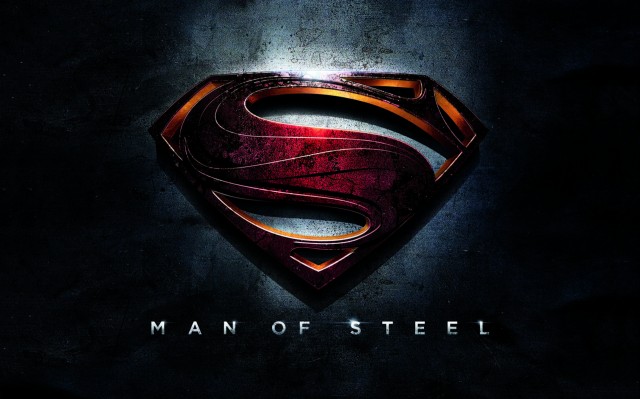 Legendary Pictures, who are producing MAN OF STEEL with Warner Bros., have expanded the official synopsis on their page for the film:

In the pantheon of superheroes, Superman is the most recognized and revered character of all time. Clark Kent/Kal-El (Henry Cavill) is a young twenty-something journalist who feels alienated by powers beyond his imagination. Transported years ago to Earth from Krypton, a highly advanced, distant planet, Clark struggles with the ultimate question ‘Why am I here?’ Shaped by the values of his adoptive parents Martha (Diane Lane) and Jonathan Kent (Kevin Costner), Clark discovers having extraordinary abilities means making difficult decisions. When the world is in dire need of stability, an even greater threat emerges. Clark must become a Man of Steel, to protect the people he loves and shine as the world’s beacon of hope – Superman.

And that’s not all! You can also view a larger, higher resolution version of the film’s official banner which recently popped up on the movie’s official Facebook page.

So let’s talk about this synopsis. We’ve known all along this would be an origin story, but I like the angle of Clark trying to change the world as a journalist before realizing he’s going to have to do something bigger when Zod (Michael Shannon) shows up to remind him he’s not the only survivor of Krypton.