Ladies and gentlemen, Fourth Installment of the Indiana Jones Adventures has a title!

Maybe a little unwieldy, but I’ll take it! 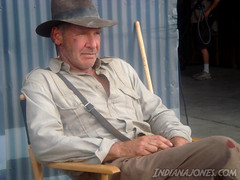 MTV Movies Blog has the story right here; you can also check out video of one of the film’s stars, Shia LaBeouf, announcing the title on last night’s MTV Video Music Awards.

And be sure to check out the official Indiana Jones website for lots more photos and videos of the production. Especially the San Diego Comic-Con stuff.

(That’s so close. I love how fast Steven Spielberg makes movies, and they’re still good. Might we be due for a trailer around the first of the year? Stay tuned.)