Matthew Vaughn, whose Stardust opens today and looks like a lot of fun (and scores big points for featuring both Claire Danes and Michelle Pfeiffer), has been confirmed as the director of an upcoming movie based on the Marvel Comics interpretation of Thor, who was the god of thunder in Norse mythology. 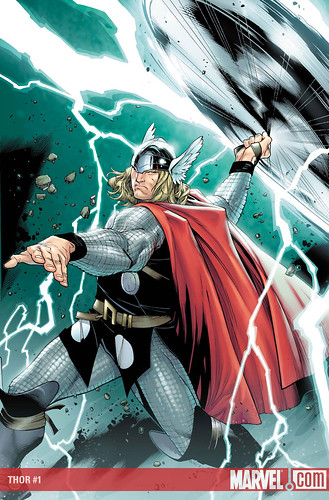 Mark Protosevich — who wrote The Cell, last year’s Poseidon remake and the December 14 Will Smith horror/actioner I Am Legend (to which the first footage-bearing trailer for The Dark Knight will be attached), provides the script.

Production begins this winter, but no casting decisions have been announced.

I’d recommend Eric Dane from Grey’s Anatomy and X-Men: The Last Stand, but that’s just me. 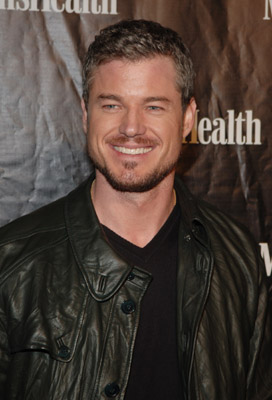 Speaking of X3, Vaughn was all set to direct that one but departed before it began filming because he didn’t want to rush it the way Twentieth Century Fox did in order to beat Bryan Singer’s Superman Returns over at Warner Bros.Vaughn told Ain’t It Cool, “I wanted to make a film that was as good as X2, and in the time period that I had, I couldn’t do it. I could understand why Fox wanted to motor ahead.” He was, however, responsible for the inspired casting of Kelsey Grammer as The Beast.

Brett Ratner didn’t mind cranking out X3 in a hurry and did so. The result was a fun X-Men movie, but it definitely showed signs of its accelerated shooting/editing schedule.

(Fox was mad at Singer for leaving X-Men to do Superman, and I wonder just how much James Marsden’s decision to follow Singer to Superman affected the fate of Cyclops in X3. It was an ugly mess of studio politics on both sides, with the result being a rushed X-Men movie and the most heinous Superman movie imaginable.)

Stardust looks very imaginative, so I’ve got high hopes for what Vaughn will do with Thor. Furthermore, Ain’t It Cool posted this non-spoiler review of the script and says it totally rocks.

I was always a huge Thor fan as a kid. My dad bought me a cheap rubber mallet at the hardware store and drilled a tiny little hole in the handle, through which we tied a leather cord for slinging it like Thor did in the comics. One time I hit myself in the face like that Ewok who smacked himself in the head with a bola in Return of the Jedi.

Thor has appeared on film before. Eric Allan Kramer played him in the 1988 TV movie The Incredible Hulk Returns and his Thor was a lot of fun. I got to interview Eric in 2003 as part of a series of Bill Bixby tribute interviews, and he was one of the nicest, most enthusiastic people I’ve ever talked to. You can read that here.

With the director announced on the same day he’s got a big movie opening, I’m sure Marvel will move quickly with a casting announcement.

More news as it happens!