The old blog got a very exciting (and thoroughly welcomed) visit from Miranda Fox today. She left a response on this post from a few days ago regarding Maggie Gyllenhaal’s recent comments about the good experiences she’s having working on next summer’s new Batman movie, The Dark Knight.

Maggie plays Rachel Dawes, a Gotham City district attorney who’s a childhood friend of Bruce Wayne. Rachel knows Bruce is Batman and serves as a voice of reason and goodness in his life. She’s a symbol of the brief, happy times he knew as a boy before the tragic murder of his parents put him on the road to being Batman.

As for Miranda Fox, she’s a legend among Batman fans for her graceful wisdom and enthusiastic wit.

So thank you, Miranda, for sending me a link to this article in The Scotsman, in which Maggie says some more awesome things about being in the Batman movie while doing press for her critically acclaimed role in Sherrybaby.

“The part came up and something about it just appealed to me,” said Gyllenhaal to writer Anna Millar. “It was just well-written and fun. And the opportunity to work with [director] Christopher Nolan and an actor like Christian Bale was just to good to pass up.” 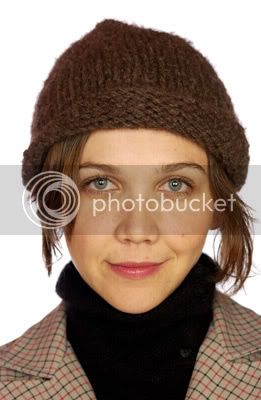 She later adds, “I make movies because I want to affect people, no matter what kind of film that is. Sometimes it’s fun to take two months out and do a big-budget film like The Dark Knight. Alternatively, if I’m going to get involved in a movie [like Sherrybaby] that’s going to have a hard road to the movie theater, then it’s nice to be able to take a hand in that, too. Really, if something touches my soul, it’s worth doing. ”

You touch my soul, Maggie Gyllenhaal.

Big thanks go out again to Miranda Fox for the comment and the link!

It’s not who we are underneath but what we do (in the theater near you) that defines us when The Dark Knight opens on July 18, 2008!