I know I never write anything for my own website anymore, and I find that both sad and financially outrageous (because I’m paying for it), but I’m still doing lots of writing.

(I’m also doing lots of not writing, having finally learned to allow myself to enjoy my life and not spend so much time typing.)

One of my favorite gigs is reviewing three of DC Comics’ monthly Batman titles for Batman on Film — created, operated, and edited by Bill “Jett” Ramey, who’s the hardest working Batman fan on the planet.

With big changes coming to the Batman titles in November (which you can read about here), I’ll only be reviewing Detective Comics for a while. Until that happens, here’s a list of all the reviews I’ve written for Bill this summer … 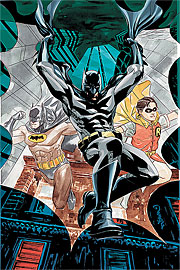 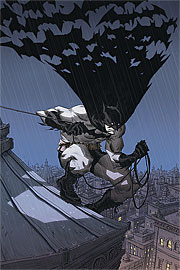 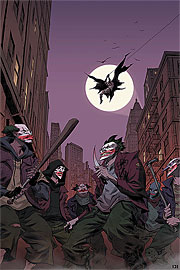 The best of these three is easily #866, which was written by the legendary Dennis O’Neil, who reinvigorated Batman comics in the 1970s by returning the character to his serious roots after the silly science fiction of the 1950s and the camp of the 1960s. Christopher Nolan’s Batman films draw heavily from this era, which saw the creation of such villains as Ra’s Al Ghul (in “Daughter of the Demon” in June 1971’s Batman #232), who played a massive role in Nolan’s Batman Begins.

Without O’Neil’s visionary take on the Dark Knight, we’d never have gotten a scene of Bruce Wayne and Ra’s Al Ghul sword-fighting on a glacier. And that’s not a world I’d want to live in. 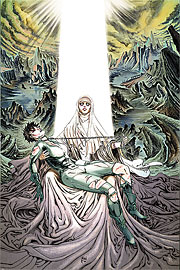 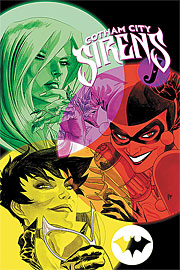 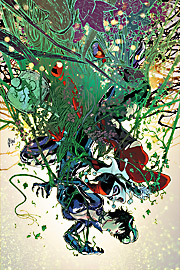 Under the tutelage of Paul Dini, who remains for my money the greatest narrative architect ever to set foot in Gotham City, this book began as a lot of fun with a firecracker premise:

Catwoman, Poison Ivy, and Harley Quinn move into a secret lair together and form a Charlie’s Angels-esque alliance, trying to be good in a city where they’ve had plenty of practice being bad.

Dini’s apparently no longer with the title, and it’s suffering greatly in his absence. For a great collection of Dini’s early issues, check out this gorgeous hardcover. 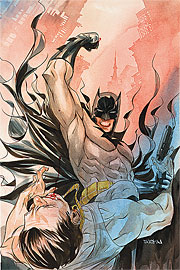 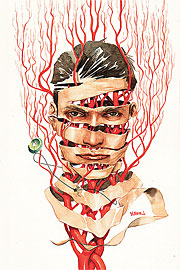 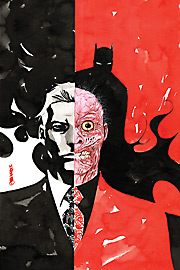 After their dynamite run on Detective Comics, Dini and my new favorite Batman artist, Dustin Nguyen, were relegated to satellite titles when Grant Morrison’s admittedly inspired insanity became the driving force behind Batman at DC.

I cannot possibly recommend their hardcover collections Private Casebook and Heart of Hush enough, and it breaks my heart that such magnificently awesome storytelling was pushed aside for Morrison’s continuing craziness.

But it is what it is.

Issue #14 began a sequel to “Heart of Hush” that mysteriously didn’t get continued at all in #15. Read the reviews for more details.

And while I’ve got your Bat-ears bent, don’t forget to grab a copy of Batwoman: Elegy, one of the spookiest, sexiest, most supremely bad-ass comics stories I’ve read in my entire life.

More soon, and big thanks as always to Bill for the opportunity! News should start arriving soon about the next Nolan/Bale Batman movie, and BOF will be the place for all the information you’ll ever need.