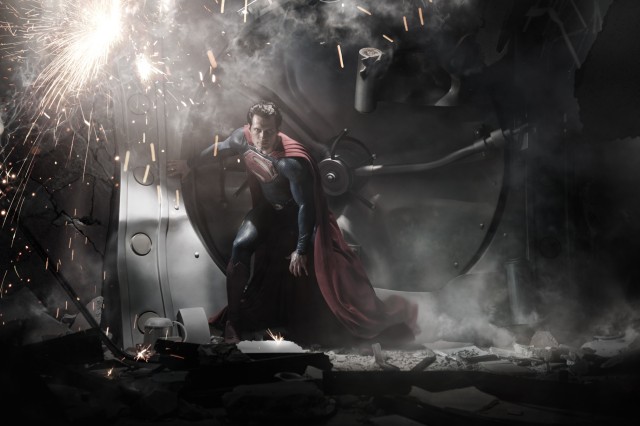 Among the guests was Michael Wilkinson, whose costume designs have appeared in such films as TRON: LEGACY, TERMINATOR SALVATION, and, for director Zack Snyder, SUCKER PUNCH, WATCHMEN, and 300. Wilkinson designed the new Superman costume for Snyder’s Superman relaunch, MAN OF STEEL, which is set to take flight on June 14, 2013.

Wilkinson briefly discussed the meaning behind the film’s costume and touched on its depiction of Superman’s home planet of Krypton:

Wilkinson explained that since they created a “neo-medieval” back story for Krypton (which included the creation of a new language), it made sense to utilize the suit design as part of the mythology. “Everyone on Krypton wears this suit,” he suggested. Using ZBrush and rapid prototyping, Wilkinson came up the blue/gray color and chainmail look. “It has function and purpose and a logic to this fantastical world.”

I love the sound of this. Russell Crowe is going to be an awesome “neo-medieval” Jor-El, and the creation of a new language for Krytpon indicates a great deal of care and thought in making the planet feel unique on film.

The costume itself is handsome and ridiculously cool, combining an old-school “S” emblem with space-age design elements and materials for a look that’s both classic and alien. Here’s a closer look at it on new Superman actor Henry Cavill from Just Jared: 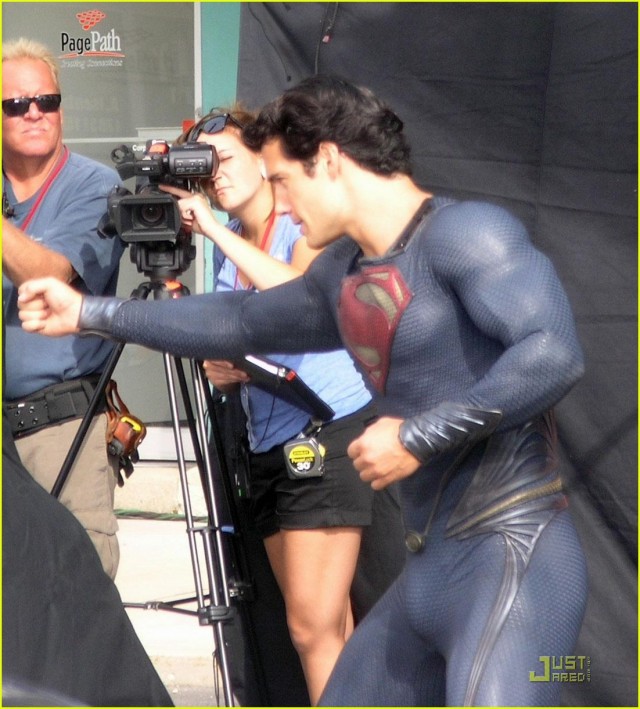 Everything we hear about this film continues to be aces, and next summer can’t get here soon enough.

(You can also find this article on Modern Myth Media, where I briefly mentioned it on last week’s podcast.)